Training vs running shoes, what are the key differences? In this article, we’ll tell you about exact construction differences between each of these shoes that make them exceptional at their respective activities.

We’re talking about running shoes vs what some people call court shoes and why you should always want to play pickleball in court shoes.

So, let’s look at the differences between running shoes and court shoes used for playing pickleball.

Table Of Content show
1 What Are Running Shoes?
2 What Are Trainers/Court Shoes?
2.1 Difference Between Running Shoes And Court Shoes – (Outsoles)
3 Running Vs Pickleball

What Are Running Shoes?

Running shoes are designed to help you go straight forward, that’s your motion heel-toe, you’re not moving a lot from side to side when you’re running.

If you’re running in a straight line or a slight curve and this design is made to support that.

It has much more cushion in the heel because when you’re slamming down on those multiple steps you get more cushioning going up your bones.

Usually, the upper material is much lighter and more breathable. That’s because you don’t need as much support there on the side of the Shoes.

You need the support on the bottom that’s why they’re made to be much more flexible. So, when you’re going to that heel-toe motion and pushing off with that toe when you Run.

That’s what they’re designed for to support your forward motion.

When you’re playing Volleyball, pickleball even basketball. Most of your movement actually is from side to side and less running straight forward.

So, you need a lot more lateral support on court for playing than you do in a running shoe.

You’ve got all that extra lateral Support and you’ll see how much heavier that is on the side of the shoe. You’re also giving up some flexibility but you don’t need that flexibility, you need stability.

Because you need to be able to push off the right way and push off the left way. Also more surface area that you have in contact with the shoe the better off you are.

You shouldn’t be wearing running shoes when you’re playing pickleball. Get yourself a good pair of pickleball shoes or multi purpose court shoes first and foremost think about your Safety.

These are safer to use on the court and much less likely to catch on an edge and sprain your ankle. Secondarily it might even help your overall game. So, if your lateral movement is better your game might be better.

Let’s talk about basic difference between training vs running shoes. The treads that you have on a running shoe versus the treads on court shoes for pickleball. The running shoe treads are cut much more deeply into the sole and typically,

They’re cut with ridges across your shoe. 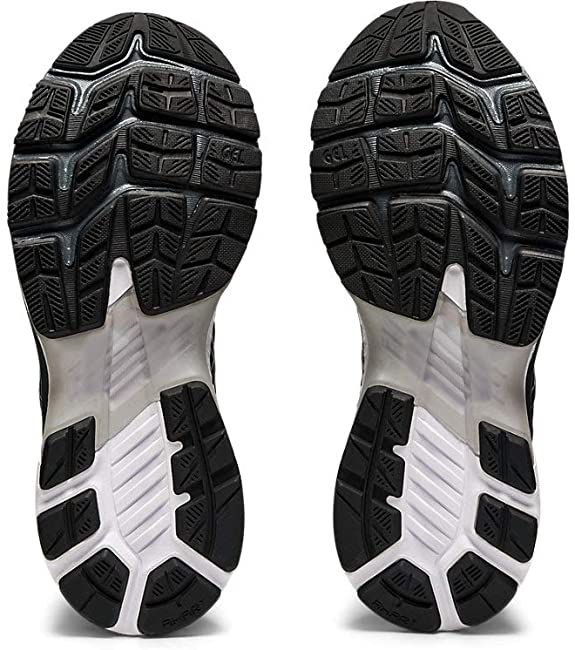 Such that it’s going to Grip pulling you forward.

Now the problem with This is when you’re playing pickleball with shoes like this. The grip is always going to want to pull you forward and you don’t get a lot of sideways Grip as well as the sole tends to be fairly sharp on the sides.

So, if you’re trying to move side to side there is a risk that you can catch the edge of a running shoe and it can cause you to trip and fall.

The treads on a court shoe are much smoother and they’re not cut as deep. They are typically cut in a diamond-shaped Pattern or herringbone or squiggly-shaped pattern. That’s traditionally what you’ll see in a court shoe. 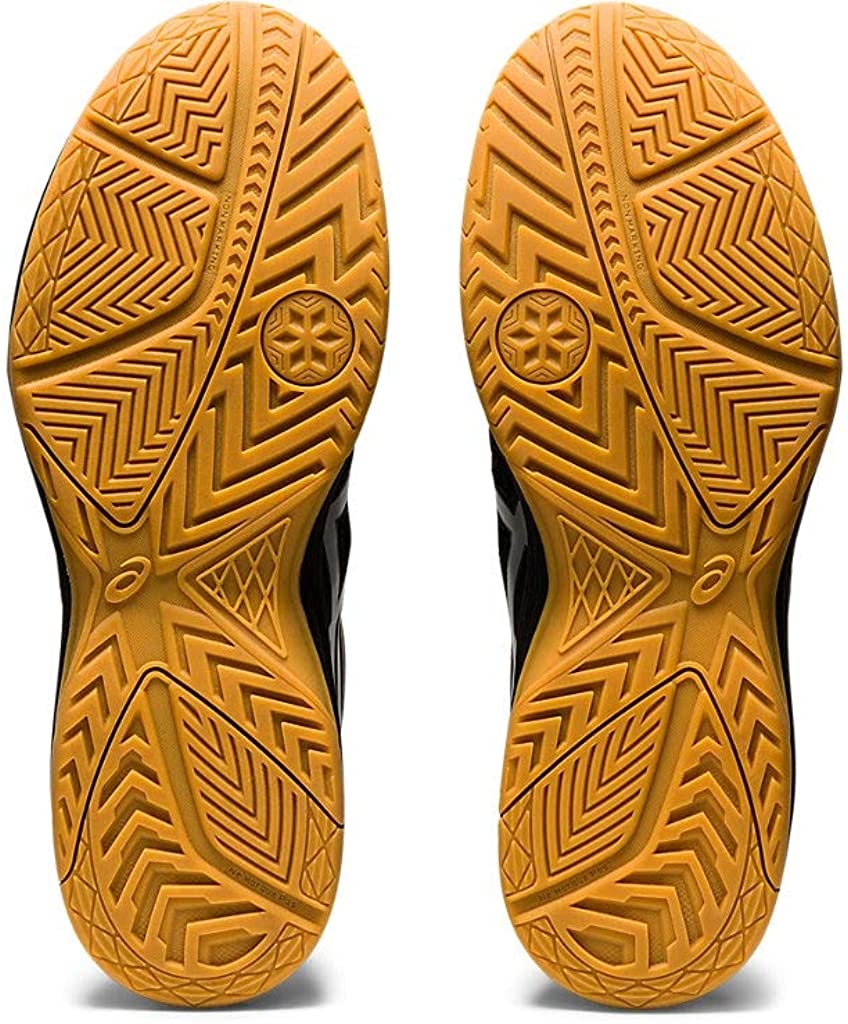 The other difference is the edges are Rolled. They’re not sharp, they are made for moving side to side where you’re pushing off and when you drag that foot.

You don’t want to catch the edge and they’re rolled to help you to keep from doing that as you’re moving from side to side.

When you think about running versus pickleball, there’s also a difference in the posture you maintain in running versus playing pickleball. Longer distance runners most of the time are very much upright trying to keep their bodies centered and balanced as they’re running.

But when you’re playing pickleball, your position is ready. You’re always down with your paddle ready because you need to move from one side to the other side.

Training vs running shoes: So, running shoes are designed to run forward with the heel-to-toe motion and it requires more heel and midsole cushioning. They’re lightweight and flexible but they have less lateral support and the sole edges tend to be sharp.

Court shoes are designed to support the forward and quick side-to-side movement. There’s less cushioning but that improves court feel. They’re heavier with more lateral support and the sole edges tend to be more curved.

So, you’re less likely to catch an edge and sprain an ankle. The tennis shoes are really far superior for pickleball than running or walking shoes.